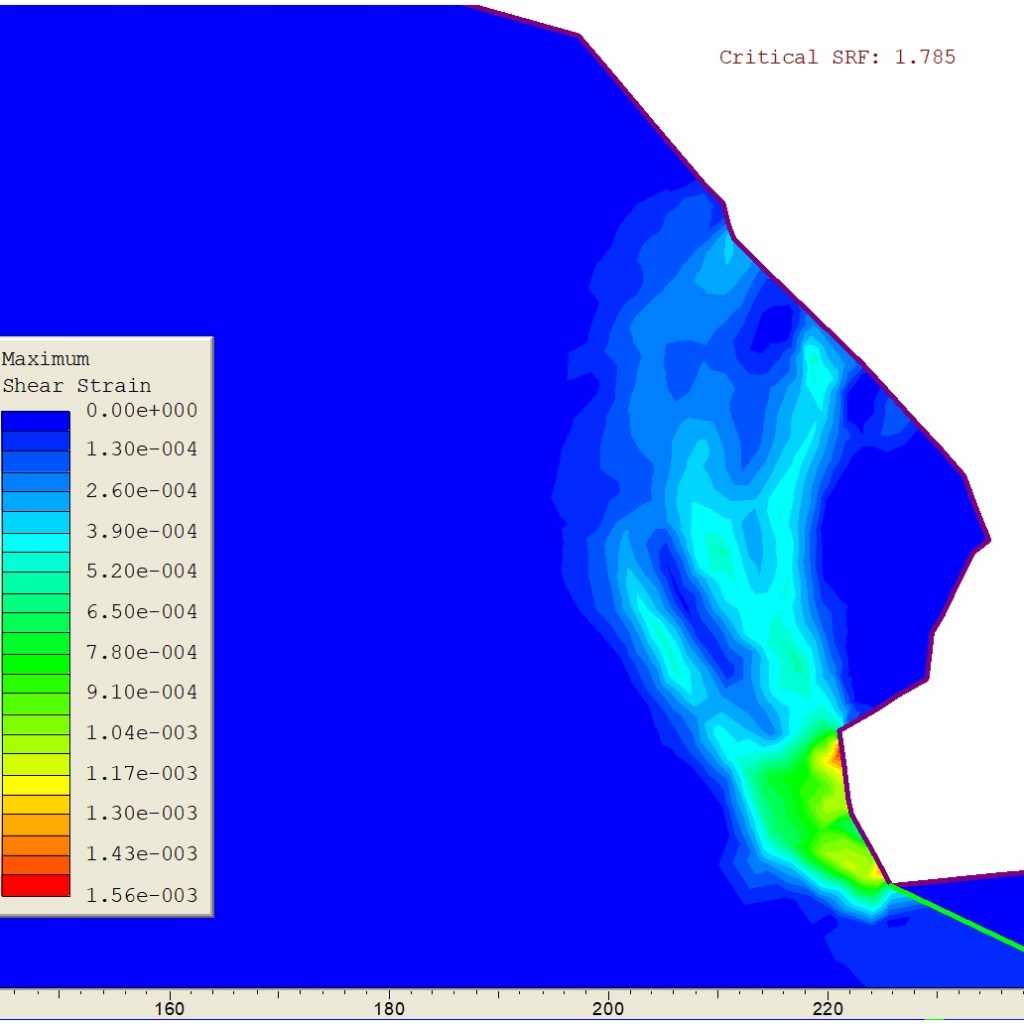 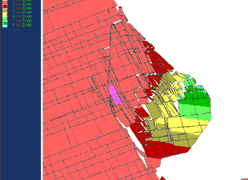 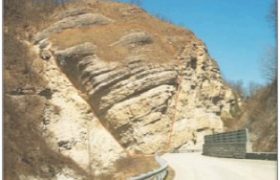 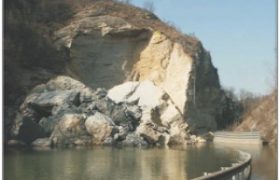 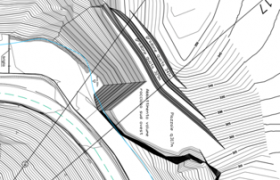 The valley of Scascoli is flanked by vertical sandstone walls 40 to 80 m high, as well as steep slopes of heavily fractured and weathered rocks. Thanks to an accurate geomechanical survey and stability analysis, in 2004 the instability of a large wedge on the left valley side has been foreseen. In 2005 the large rock wedge with an estimated volume of 27000 m3 felt down and shifted the riverbed to the right valley side where, just a few weeks later, a roto-translational earth slide was triggered by that undermining process. In order to rehabilitate the local road, three safety interventions were planned in the following order: (a) reshaping the residual wall; (b) removing the shallow earth slide from the right valley side, and consolidating its detachment zone; (c) carrying out training works on the riverbed and reconstructing the road embankment.

Geo mechanical survey before and after the rock fall

Stability analysis before and after the rock fall (limit equilibrium, finite and distinct method)

Definition of the hazard for the job yard, design of the interventions on the rock slope (re profiling by blasting, rock fall barrier, revetment by mesh). 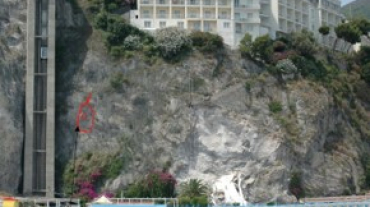 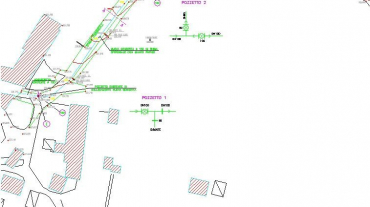 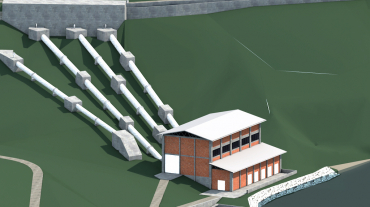